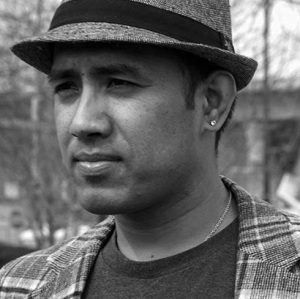 Playing original tunes influenced by the Eastern Classical genre from his native Nepal, Garv Bomjan’s music is truly a spectacle to listeners who have the opportunity to spend a few minutes listening while they wait for the train. His new track, “You Make Me Move”, is this week’s Boston Busking Song of the Week.

The track is set up the same way as he traditionally does in the subway using his looper pedals. He creates a backing track with chords and proceeds to layer fast-paced guitar on top with his signature finger-picking style. This is a song that will certainly make listeners move.

Listen below and check out more of his music on Reverbnation and his fan page on Facebook.